I was recently asked by a group of Peace Corps Volunteers to come up with a list of must-read books in international development that would be helpful for understanding the landscape as a whole, particularly for beginners.

So while certainly not exhaustive, I came up with a handful of the texts that have helped round out my understanding over the last years. There are many more out there, and many more to come, but here’s what I offered them.

In no particular order.

1. The White Man’s Burden: Why the West’s Efforts to Aid the Rest Have Done So Much Ill and So Little Good

Most people assume it’s completely negative on development, but it’s actually calling for a shift in agency and accountability for development efforts. 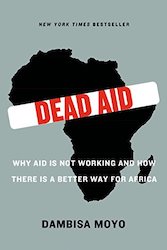 2. Dead Aid: Why Aid Is Not Working and How There Is a Better Way for Africa

One of the better books out there that takes off the rose-colored glasses and asks the tough questions and makes quite compelling arguments for really rethinking how aid is done. 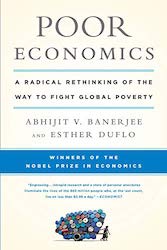 3. Poor Economics: A Radical Rethinking of the Way to Fight Global Poverty

Read this to understand the economics of foreign aid, and how to approach it from a more economic (read: quantitative and realistic) perspective. Although RCTs have not become the magic bullet that this book launched them to be, it’s a cornerstone. You’ll read it in any grad program. 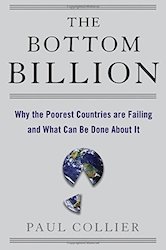 4. The Bottom Billion: Why the Poorest Countries Are Failing and What Can Be Done About It

High-level and general overview of global poverty. Great for getting a foothold into all of the various interconnected systems. 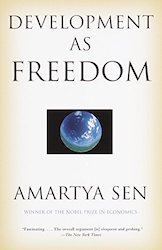 A little hard to approach at first, but literally the most empowering and optimistic perspective to have in approaching global development — puts both the goal and the mechanism as choice and opportunity. 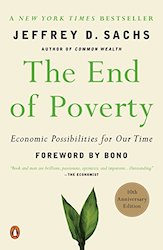 6. The End of Poverty

Another high-level view. I love it because it was the first time I was confronted with the idea that extreme poverty can be eradicated — it’s not a zero-sum game. 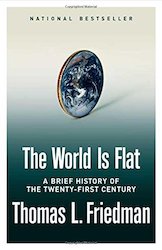 7. The World Is Flat: A Brief History of the Twenty-first Century

Sort of the Ayn Rand of global economics in everyone has read it at some point, and people who don’t dive much deeper believe it’s gospel. Most folks have pointed out and disassembled much of the sometimes-overly-simplistic gloss Friedman paints on the world—but remains an important perspective nonetheless. 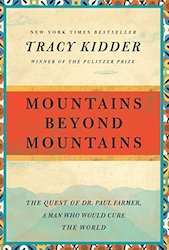 8. Mountains Beyond Mountains: The Quest of Dr. Paul Farmer, A Man Who Would Cure the World

This is the one that your mother will send you while you’re in the field. It’s incredibly captivating and does an amazing job of sweeping wide and then narrowing in when needed. That said, it beatifies Paul Farmer a bit too much (Kidden acknowledges this even in the book), and thus it makes the work seem that much more daunting. A must read. 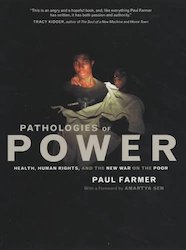 9. Pathologies of Power: Health, Human Rights and the New War on the Poor 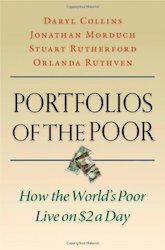 Another high-level overview of international aid/development — but this time focusing in a bit more on the micro/individual level. 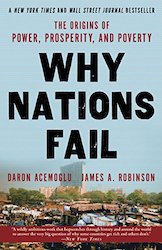 11. Why Nations Fail: The Origins of Power, Prosperity, and Poverty

One of the best books offering a macroeconomic perspective. Offers both high level perspectives but not afraid to dive into the numbers. 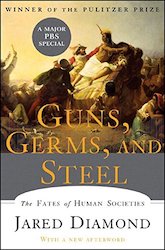 12. Guns, Germs, and Steel: The Fates of Human Societies

One of the most transformative books for me personally. It frames the question of ‘why did the West end up with all of the power, money, and opportunity in the world when others did not’ — it was hailed as one of the first truly geographically deterministic frameworks that superseded racial and manifest destiny explanations. 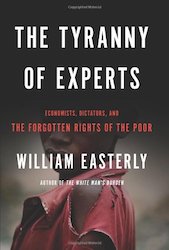 13. The Tyranny of Experts: Economists, Dictators, and the Forgotten Rights of the Poor

It’s incredibly important to read critical accounts of international development, particularly in a field that has critics from within and from without. William Easterly knows the landscape probably better than anyone, and so if you can come away from his texts with a firm skepticism but solid footing nonetheless, you’re all the better off. 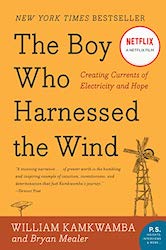 14. The Boy Who Harnessed the Wind: Creating Currents of Electricity and Hope

The tinkerer in me just devoured this book. In many ways, it’s the dream story for those of working at the intersection of technology and social good. These types of stories are the ones that I think ought to be told more often in these types of formats.

Phew. I know that I’m just scratching the surface, but I wanted to make this list useful to folks right out of the gate. Let me know what you think — if I should add anything that’s absolutely critical!